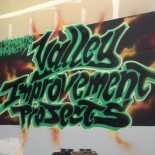 Report Back from Public Forum on Fracking in Madera

We need to ask ourselves where we will draw the line in what is acceptable in the name of “We need jobs.”

Last night at the Veterans of Foreign Wars Hall in Madera, County Supervisor Rick Farinelli hosted a public forum on the possible practice of fracking in Madera County. An estimated 60 people attended the meeting, which was largely a dissemination of propaganda. Jason Marshall of the California Dept of Conservation and a Big Oil lobbyist from the Western States Petroleum Organization showed up to shine their most convincing smiles as they attempted to put the community’s safety concerns at ease.

Indeed, the very name of the presentation was Clean & Safe.

The presentation largely consisted of Jason Marshall propping up California Senate Bill 4 “Oil and Gas: Well Stimulation” – Big Oil proponents’ new pride and joy. From what Marshall shared, it seemed as though SB 4 would be the savior and protector of the people from any and all dangers that fracking has ever posed or ever will pose. The regulations proposed seemed to be very pleasing to the ear. An environmental impact report and permit needs to be conducted for each new well that is constructed. Groundwater needs to be tested before and after each fracking event. According to Marshall, the working practice will be that if no water testing is performed (which is the responsibility of the prospective well operator), any contamination will automatically put the operator at fault. Marshall also assured the forum attendees that any contaminations that have occurred in other parts of the country have only happened because they weren’t California. “We know what we’re doing in California,” Marshall boasted, “We have SB 4.” 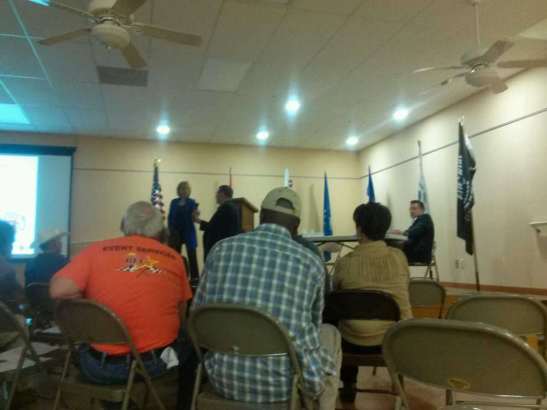 While these assurances may put the legal mind at ease, many of us know better. It only takes one contamination for residents and the environment to be damaged. Surrounding residents will have to drink the water and bathe in it. And those with empathy (and intelligence) functions switched off will say “Obviously they should just move.” Meanwhile, not everyone has the economic capability to move when environmental disaster strikes. Once the groundwater gets polluted, that is it. And even if it’s only in the ground, chemicals can drift along the land and end up in completely different locales.

Fracking contaminates water supplies in a world where potable water is becoming increasingly scarce. Fracking releases gas from pockets in the Earth like Radon, which poisons the air and irradiates the atmosphere. The people are rightfully up in arms over a practice that is playing roulette with life at stake.

The representative from the Western States Petroleum Organization sadly was not as dazzling in her presentation as the Dept of Conservation. She spoke of the need to supply the demand of millions of barrels of oil needed by Californians daily, assuring the audience that her organization has invested in renewable energy sources as they continue to plumb the petroleum bottom line. We know that alternative and truly green technology has been available for decades. We also know Big Oil has suppressed it. She then proceeded to put up quotes from academics, scientists, and head bureaucrats that flew by on the screen, speaking of the safety of fracking. The winner of the night was from Department of Interior, stating something to the tune of, “I have seen no evidence of there being any dangers of contamination from fracking.” I’m not sure how someone could have heard of fracking technology, and not a search engine.

It only takes one contamination for residents and the environment to be damaged. Surrounding residents will have to drink the water and bathe in it.

All in all, the forum was carried with a tone of “This is how it is. This is what’s going to happen and how we’re going to do it.” A new political neutralized term to describe fracking was being touted. Well Stimulation Treatment (WST), or “stimming”, was pushed out because, according to Marshall, sometimes wells are created simply by pouring acid onto the ground. Additionally, a man from a people’s organization against fracking was aggressively silenced by Madera County Supervisor Rick Farinelli. He simply asked the Big Oil lobbyist if she would drink a shot glass of ground water from a fracked area, if her industry’s practices were so “clean and safe”. She froze up, and Farinelli jumped in without hesitation to bark loudly, “We are not here to entertain unintelligent questions. You’re wasting our time. Next question.” Apparently Farinelli was there to disenfranchise the people he purportedly serves.

Job Creation will be propped up every step of the way to coax us along and accept the proliferation of this hazardous practice. We need to ask ourselves where we will draw the line in what is acceptable in the name of “We need jobs.” Building prisons, nuclear reactors, and law enforcement recruitment are hardly excusable in the name of job creation when all those industries are overflowing with ethical and environmental issues. When we demand more of ourselves as a collective, we will create and receive better. Once a contamination occurs, we will be effectively detached from the land, as our health will be at immediate risk.

California’s Fracking Boom Busted: Energy Information Administration officials say they are cutting estimate of how much oil can be drawn out of massive Monterey Shale formation by whopping 96 percent.
http://truth-out.org/news/item/23855-californias-fracking-boom-just-got-busted