VIP in the Media

V.I.P. has been featured in several news stories, interviews, and on the websites of other organizations:

VIP is quoted in a National Resources Defense Council article on Pesticide Notifications, May 2021:

257 Groups Call on Congress to Address Environmental Justice in Stimulus

VIP and other local organizations host discussion on civilian review boards, oversight, and a proposed model for Modesto, February 2021:

VIP joins other local organizations, such as the Modesto Peace/Life Center and Stanislaus Chapters of Faith in the Valley, NAACP and the ACLU, in calling for civilian oversight of police in Modesto, August 2020:

VIP is interviewed by Catholic Charities Environmental Justice Program about our #BringBacktheBlueBin Campaign, May 2019:

VIP Helps with “Toys for Tots” in Riverbank, December 2017:

VIP and GAIA’s Op-Ed on Carpet Recycling in Stanislaus, July 2017:

VIP Marches with CEJC and Allies at US-EPA in San Francisco, April 2017:

VIP Presents at the People’s Forum on Police Brutality at the Modesto Church of the Brethren, September 2016: 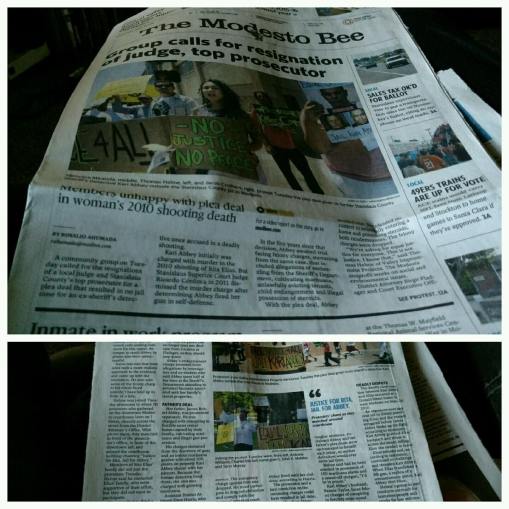 VIP Presents on Waste Diversion at Stanislaus Board of Supervisors (VIP at 20:22), October 2015:

VIP Advocates for Recycling in Modesto on KCRA-3 News, October 2015:

Center on Climate Change and Health’s Story on VIP, June 2015:

VIP is a Member of the Central Valley Air Quality Coalition (CVAQ), February 2014:

VIP speaks about CalEnviroScreen at Stanislaus Board of Supervisors (VIP at 18:50), June 2013:

VIP Marches with Greenaction for Health and Environmental Justice, May 2013: