“The greatest philanthropists of all time are not the Rockefellers, the Carnegies, the Gates or the Buffets, they are the nameless, everyday people who display the best of humanity daily, with the fewest of resources and with extreme grace. The poorest people give the most, don’t think you need monetary wealth to make an impact. Your time and life are the most valuable assets on Earth, besides Earth.” – Emiliano Mataka, 1980 – 2015

As many of you already know we lost a great friend recently, Valley Improvement Projects co-founder Emiliano Amor Mataka. A great friend but also a great father and husband, son and brother, uncle and cousin. Most of all the Central Valley and the world lost a great warrior for justice. He may not have known at the time but in the quote above he is describing himself and the countless others we know and work with. Emi was someone who put others first, his friends and family of course but also any poor and struggling person in his community. He simply wanted Justice. Lots of people want justice, what made Emi special was his fearlessness and his willingness to fight for it, to put his own freedom and comfort on the line for it. They are a rare breed. A person who grew up in the struggle, living it, suffering from it, and still choosing a path of selflessness, to help people up the ladder when you’re only a few steps up yourself. We find comfort in the fact that he inspired so many others during his far too short time on this earth that he loved so much and worked tirelessly to defend from pollution, corruption, and destruction.

Emi was taken from us far too soon at only 35 years old. As stated is his obituary: Emi was born in Modesto to longtime local activists John and Rosenda Mataka. He was a blessing to all who knew him and cherished by many. He was bright, compassionate, and courageous and was known for his easygoing nature.

Emiliano grew up on the Westside of Stanislaus County in Grayson. He graduated from Patterson High School in 1998. He attended New College in San Francisco and graduated from Cal State University Stanislaus with a Bachelor of Arts Degree in Psychology. He married Veronica Mendez in 2012 and they have one child, Maxemiliano. Emiliano most recently worked as a Community Liaison with the Ceres Unified School District.

siblings Primavera (Daniel) Chavez of Patterson and Arsenio (Jessie Ryan) Mataka of Sacramento, three nieces, two nephews, and extended family members. He was laid to rest at the Patterson Cemetery just outside of his beloved hometown of Grayson.

Emiliano dedicated his life to the pursuit of justice, even naming his only child Maxemiliano Justice Mataka. He was deeply loved by so many. A true warrior for the earth and people, friends described Emi as, “a beautiful soul that stood in solidarity with marginalized communities.”

“With heavy hearts, we regret to inform you that our brother and fellow EJ activist Emiliano Mataka passed away this weekend in a tragic car accident. Emiliano was a charismatic and dedicated organizer who helped to shape the movement for social and environmental justice in the San Joaquin Valley. He was a founding member of Valley Improvement Projects (VIP), working for social and environmental justice in the larger Modesto area. His parents, Rosenda and John Mataka are founding members and active Unity Council members for CCEJN. Please send your prayers and love to the Mataka family during this tough time. We hope to gather strength through our community by continued organizing and prayer. All the love in the world goes out the family.”  – Cesar Campos, Director, Central California Environmental Justice Network

We at VIP know Emi would be the first to tell us to fight on, and we will. Still, at the moment, the sadness is overwhelming. We must be strong for his family that have done so much for VIP as an organization and its menbers over the last 7 years. To the Mataka Family, we love you all so much and are grateful that you shared Emi with us and that we had the privilege of

getting to know him, learn from him, receive his support, struggle along side him, and be able to call him our good friend, and a great man. We are only beginning to understand how much we will miss you. From all of us at VIP and everyone you’ve worked with and inspired over the years, your partners in crime, the struggle will continue, we will carry on with you in our thoughts and our hearts. R.I.P. Emi… Long live the President of Grayson!

If you would like to donate or send cards of condolence to VIP visit: https://valleyimprovementprojects.org/donate/ or mail to:      V.I.P. PO Box 4214 Modesto, CA 95352

“In the future, I see VIP as the catalyst for environmental and social justice action in Modesto and the Central Valley. We will be vocal and unrepentantly aggressive in calling out decision-makers and power brokers on their misguided and damaging policies and practices.” – Emiliano Mataka 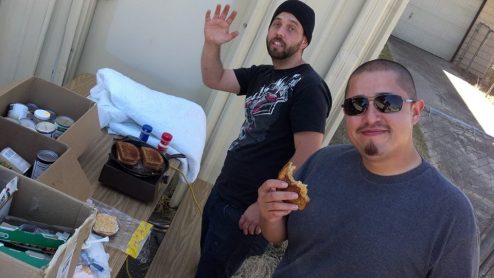 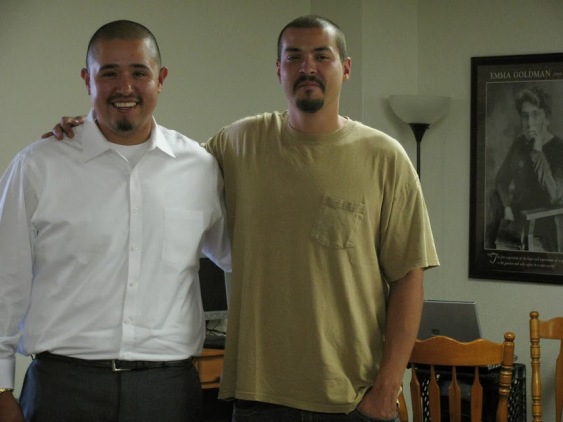 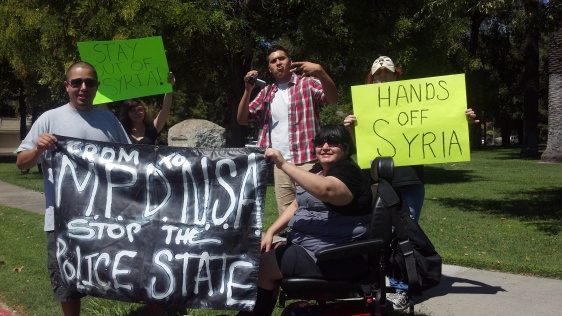